Big Search, the new project from Foreign Born singer and Fool’s Gold guitarist Matt Popieluch, performs TONIGHT at the Downtown Independent along with a screening of The Scenesters film and a set from Sweaters. Tickets are available here, and for an extra $5 at the door, you can come back to tomorrow night’s show (the Franks + Lord Huron).

In honor of that, we’ve gotten our hands on some excellent clips of Big Search playing Spaceland last month. Check out “In the Morning Room, I Saw,” below, and a handful of others after the jump.

END_OF_DOCUMENT_TOKEN_TO_BE_REPLACED

Ten bucks for the evening, or pay $15 any one of the nights for access to a week’s worth of shows and showings. A bargain  at twice the price! 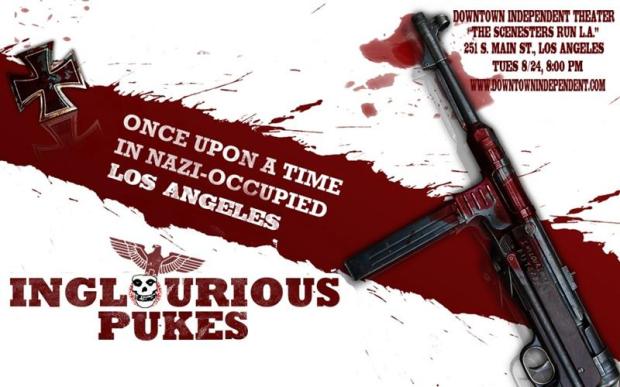 The [__] Pukes perform at the Downtown Independent theater alongside Captain Ahab on Tuesday, August 24, after The Scenesters screens.

TICKETS HERE. For an extra five bones at the door, come back every night! Pay tonight (Slang Chix and PAPA), get in free tomorrow!

'The Scenesters' comes to the Downtown Independent, $15 for a week of music

Pay an extra $5 at the door tonight on top of the $10 ticket, and come back all week to catch any of the bands, or watch the movie all you want.

END_OF_DOCUMENT_TOKEN_TO_BE_REPLACED 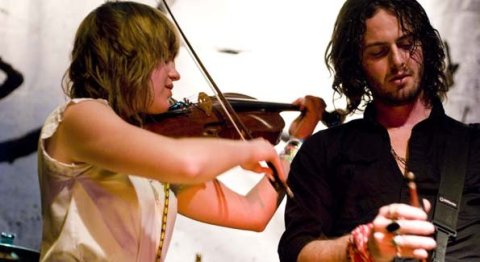 Esteemed L.A. music journalist Kevin Bronson, who runs the Buzz Bands L.A. blog as well as writes for everyone in the known universe, spilled some very kind ink on “The Scenesters Run L.A.” series at the Downtown Independent, which he’s dubbed “a mini-festival.”

He also debuted and exclusive MP3 from Glorious Pukes, the country-flavored Misfits cover band playing the event on Tuesday, August 24.

Bronson breaks down the convoluted membership of the group “concocted by the Airborne Toxic Event’s Noah Harmon … [with] a lineup featuring TATE bandmate Anna Bulbrook, M83’s Morgan Kibby and members of Mariachi El Bronx, the Actual, the Fresh and the Naked Banjo Man.”

UPDATE 2: All Things Considered featured the event and debuted a free MP3 from Thursday night performer Lord Huron. Get it.

We at Funny Ha Ha like SoundCloud almost to a fault (we may actually have three free accounts), but our indulgence is your guilt-free gain. In honor of our very own music + film festival (basically) that kicks off THIS FRIDAY at the Downtown Independent, we’ve assembled a playlist featuring music from each of the announced artists on the 14-band bill.

Almost every track can be downloaded, excepting the two offered up via the L.A. Times and L.A. Weekly (links to those here). Dig in:

Also, watch the most recent trailer for The Scenesters, featuring Wallpaper’s “I Got Soul, I’m So Wasted,” after the jump:

END_OF_DOCUMENT_TOKEN_TO_BE_REPLACED

Baths will play 'The Scenesters Run L.A.' on Sunday Night

It’s been tough to keep our mouths shut this long, but the news is out! L.A. beat scener extraordinaire and one of the city’s fastest rising music makers in general, Baths, a.k.a. Will Wiesenfeld, will be joining San Diego’s Jeans Wilder to play THIS SUNDAY at the Downtown Independent after a screening of The Scenesters. Buy tickets here.

It’s true. We do run L.A. The Scenesters film will be screening for an action-packed week at the Downtown Independent starting THIS FRIDAY. And in honor of that, the two biggest publications n town have not only spread the word, but dolled out some free tunes for the cause.

Jeff Weiss over at L.A. Times dished out a little playful snark along with a free track from Saturday night performer Spirit Animal.

And Drew Tewksbury at L.A. Weekly dubbed the event “an independent eruption,” sharing a song from PAPA, who play on Monday.

Dublab gives away four tickets to 'The Scenesters'

The excitement doesn’t stop! This morning Dublab sent out it’s weekly newsletter with an exclusive ticket giveaway to “The Scenesters Run L.A.” event — two sets of tix to the night of the winners’ choice — and within minutes, the people had spoken. Our quick-draw champs are: 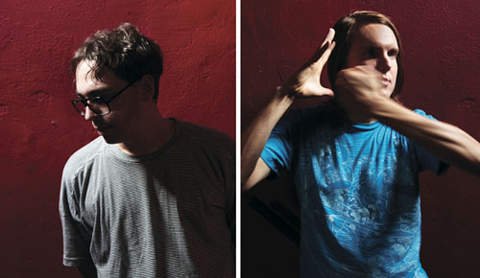 Our dear, dear friends at Dublab will be featuring the upcoming “The Scenesters Run L.A.” event in their weekly newsletter, TOMORROW, along with a ticket giveaway. Subscribe now via the “Mailing List” button on the Dublab homepage for a chance to win.