READ IT AT LOS ANGELES MAGAZINE (in print too)

Chaos Theory won’t explain the fact that two of my three Best of L.A. entries for Los Angeles Magazine this year take place at Rockwell Table and Stage. Well, maybe it does. Honestly, Ian Malcolm didn’t give the most coherent lecture on the subject. Or he did, but the fact that Jeff Goldblum’s flirt switch is forever stuck in the “on” position obscured the lesson. But goddamn if that isn’t the beauty of The ‘Blum, one of the rare grown American men in this world who can make anyone he meets feel, um, desired without coming across as an, ah, total creep. But that’s an essay for another day. Here, I’ve written about the best Celeb-Fronted Music Residency, which, yes, goes to Goldblum at Rockwell; the best Live Musical Parodies of Movies, which, yes, goes to the UMPO crew at Rockwell; and the best Guided Urban Historical Hike (which goes to the fantastic L.A. native, historian, and journalist Charles Fleming). So, ah, go, um, read about it. 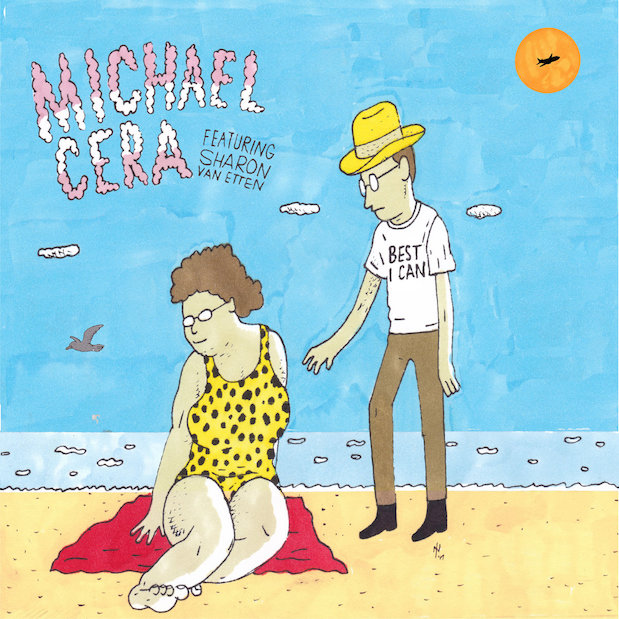 READ IT AT NOISEY

If you don’t know, Michael Cera makes music—he just keeps a low profile. Back in 2014, he dropped a great lil’ web-only album of bedroom pop and folk. I bought it on Bandcamp and, on a whim, emailed the account asking for an interview. Cera replied, and we talked for SPIN. Now he’s back with a nifty synthy track called “Best I Can” featuring Sharon Van Etten, written for Sundance-slaying documentary Dina. This time he emailed me, and Noisey ran the words.

As part of their “Double Threats” cover story, Billboard had me chat with Jack Black. It’s only a shame they couldn’t run the whole transcript. I mean, he told me how to cure cancer, end war, and beat all video games by stroking a guitar, but I guess that doesn’t transfer to the page. 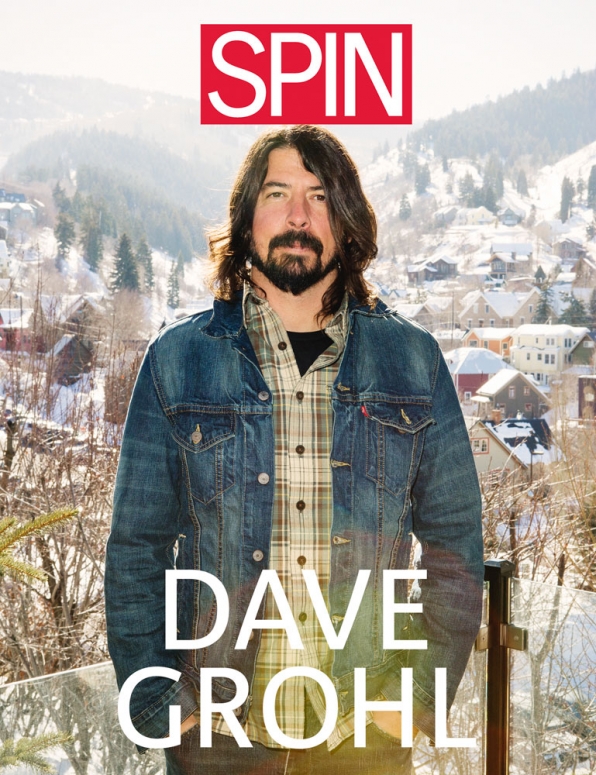 Posterity Post: I wrote thousands of articles while on staff at SPIN and blogged none of them.

In early 2013, I flew to the snowy wilds of Utah in order to track, capture, and question Dave Grohl, the Nirvana drummer, Foo Fighters boss, and Sound City filmmaker notorious for his avoidance of the press… Okay, Grohl loves a camera and a microphone, but still. This is a special story about a special dude making a special movie about a special piece of studio equipment. With photos by my shutterbug brother from another mother, Nathaniel Wood. We combined forces to capture Grohl’s Park City gig with Stevie Nicks too. Also, Slipknot.

READ IT AT SPIN

I made it back to Sundance for a second year and scored a hugely entertaining interview with Rose McGowan, who was in town supporting her terrifying and poignant new short, Dawn. Click above to read about her karaoke jams of choice, and that one time she hired an entire brass band while stoned. Also, that’s Rose in my (former) Hit City U.S.A. bandana above.

I made it back to Sundance with SPIN again this year and instead of merely reviewing a snow bank’s worth of films (although, I did that, so scroll down), I also knocked out two interviews. Here’s my favorite: a sit-down with Aaron Paul (!) who talked about touring with Radiohead. His Hellion co-star Josh Wiggins was there too, and each shared his go-to karaoke jam.

I caught a lot of great movies at Sundance 2014, but Frank grabbed me like no other. It was strange and beautiful and hilarious, plus cast Michael Fassbender (a noted looker) as a freaky music savant who wears a giant papier-mâché head at all times. Oh, and Carla Azar from Autolux is the drummer in the band. Go ahead and read the review before I rewrite it all. You’ll find a few other flicks below too, reviewed over the course of two Sundance trips. END_OF_DOCUMENT_TOKEN_TO_BE_REPLACED

This one’s late and on time since everyone’s talking about Whiplash (look Ma, I’m on the poster!). I caught the world premiere of this brutal film at Sundance and wrote nice things about it. You’ll find that review and a couple more from my time(s) in Park City below. END_OF_DOCUMENT_TOKEN_TO_BE_REPLACED 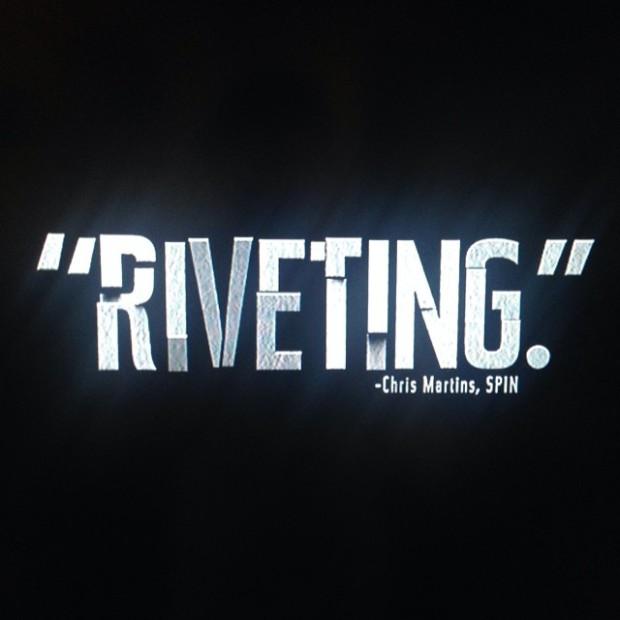 I’m sure it’s gauche to repost your own trailer quotes, but I’m not a film critic by trade so fuggit. That one above hails from A Most Wanted Man, the John le Carré spy thriller brought to life by music video legend Anton Corbijn. It’s also one of Philip Seymour Hoffman’s final movies. Read that review at SPIN, and peep a handful that I failed to share from 2013. END_OF_DOCUMENT_TOKEN_TO_BE_REPLACED

Yes, I’m milking the 30 minutes I got with Aaron Paul (see the Sundance interview), but Breaking Bad. He was in a movie that showed at the fest which I dug. Peep the review below, with one for The Sleepwalker (score by Sondre Lerche) and a few from ’13. END_OF_DOCUMENT_TOKEN_TO_BE_REPLACED