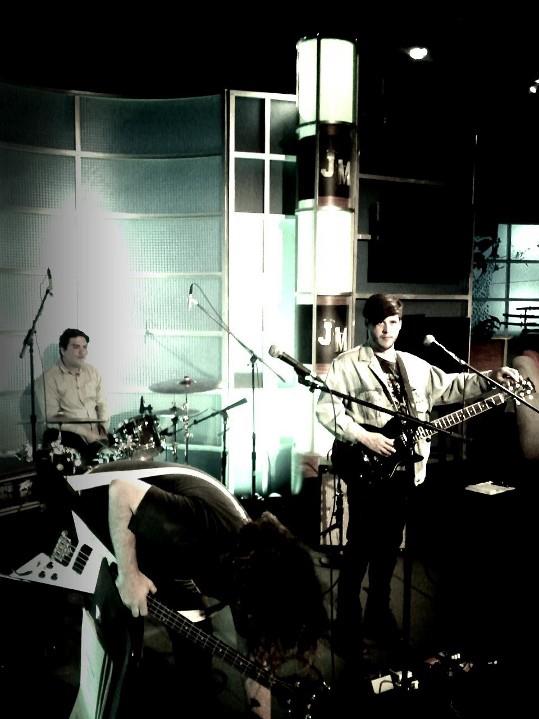 And they say dreams don’t come true. Here’s Wavves soundchecking for the Jesse Miller Show Comedy Central pilot. We here at Aural Standards typically like to couch our bragging in faked newsworthiness, but we’ll make an exception (and a sudden perspective switch) here: I’ve been booking bands for the live Jesse Miller Show for the past few months in part with the goal of building to this. It’s thrilling to see some real-world results of your work, at least as an occasional alternative to writing about the real-world results of others’ work. Anyway, stay tuned for more Jesse Miller news, more live shows, and more great musical guests curated by yours truly. Me and Jesse are feelin’ buff.