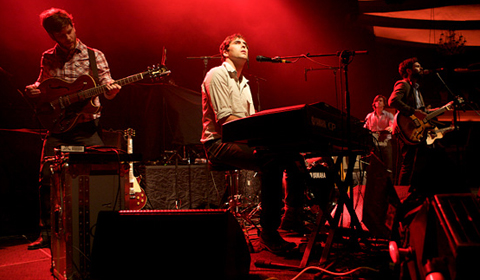 The Mt. Desolation boys do their country thang (Erik Voake)

Don’t like Keane. Not in the least. But I was pleasantly surprised to discover Mt. Desolation, an Americana project founded by two members of that overly British band. Still kinda adult contemp, but much, much better. They played the Hollywood Palladium “recently” — I’m late. Sue me.